After setting up the development environment and testing the board, we can finally start designing the RISC-V hardware system. This part of the series describes the configuration of the Rocket Chip SoC generator, which is used to generate the processor IP used in this project, as well as the "uncore" peripheral setup. The hardware setup are published in the rocket-zynqmp repository. A follow-up article, also about hardware platform design, will focus on enabling GDB debugging for the RISC-V core.

Rocket Chip is an SoC generator, which is necessary for instantiating the Rocket Chip CPU core and using it. The CPU core and uncore components are implemented with the Chisel/FIRRTL HDL, while the SoC generator, Diplomacy, which is used to automatically negotiate various bus structures between components in the SoC, is written in Scala. Thanks to the flexibility of Chisel generators as well as the Scala language, the Rocket Chip can be configured to adapt to different needs quite easily.

The exact config I have been using on the Edgeboard can be found here. Listing the main differences from DefaultConfig:

Besides configuration, a top module implementation and optional wrapper are needed for actual instantiation of the SoC. We will not go through how the various traits contribute to the final generation of the SoC, or how Diplomacy works. After running the generator and FIRRTL compiler, we get our generated Verilog file, which contains the RocketTop module ready for simulation or synthesis.

The Rocket Chip SoC instantiated in this project communicates with the external world over AXI4 MM interfaces, and is instantiated in Vivado in a Block Design or, officially, the Vivado IP Integrator. This is the usual flow for a complex system design, especially one with some kind of CPU, on a Xilinx device with the Vivado suite. Despite that it's possible to eliminate MMIO entirely and use all peripherals from SiFive (as done by @Sequencer here), we still adopt the IP Integrator flow.

To save time that would be wasted if every time Rocket Chip needed re-synthesizing despite only small changes to the BootROM, AXI topology, or debug cores, we package the Rocket Chip module as a separate IP such that the synthesis results can be cached. Other IP modules used in the project are:

The complete block design is as shown below. Download PDF if you want to examine the details. Also check out the TCL script for recreating the block design in Vivado. 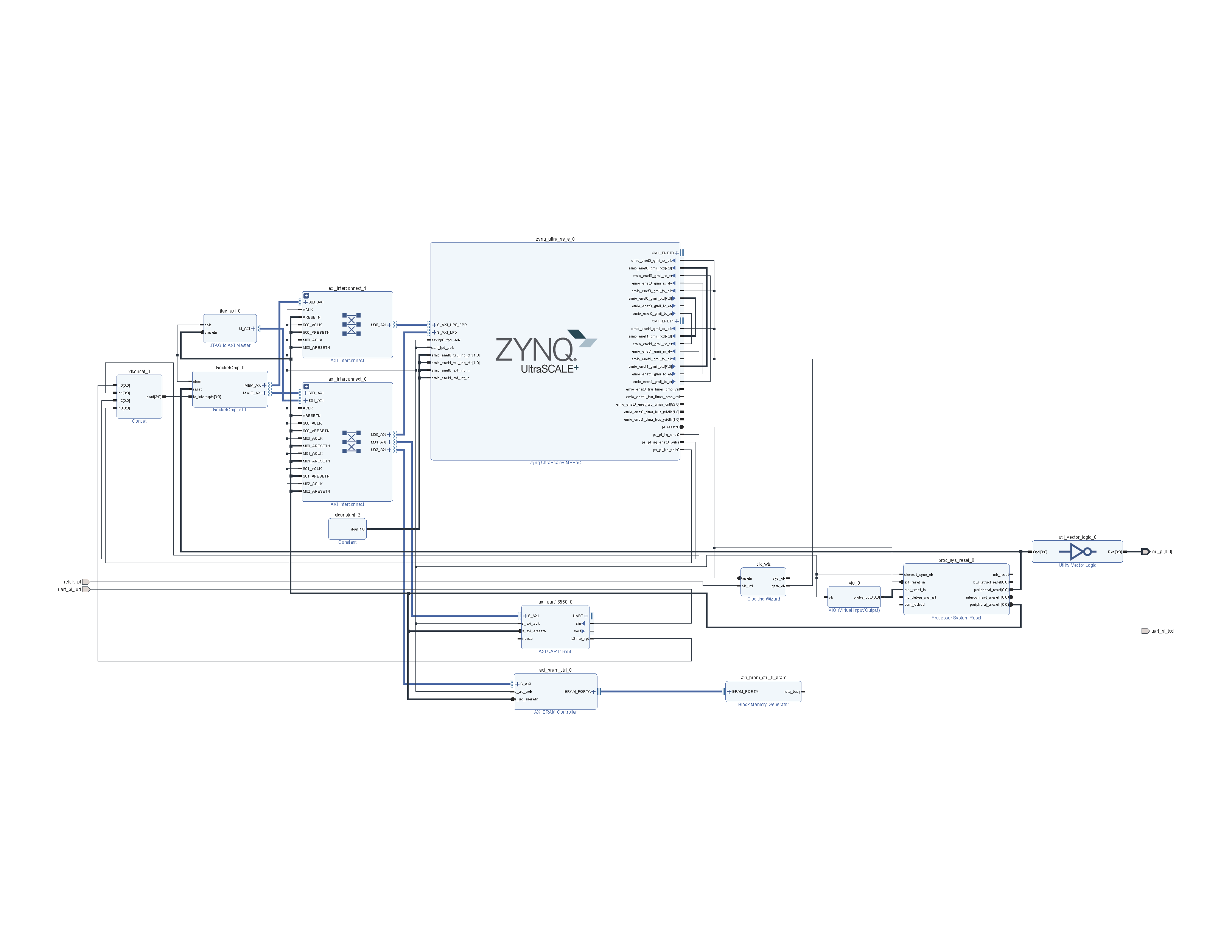 With all the setup done, we can now launch the implementation run in Vivado, generate a bitstream, and get ready for on board tests with GDB through JTAG.

During the development process, I've spent a lot of time trying to debug weird problems with DDR access from RISC-V. Sometimes the DRAM appears to be working and will host C stacks for some time, but then the stack gets corrupted mysteriously. Loading code into DDR won't work at all: the content is different from what had been loaded when trying to read back.

The debug process went rather extensive, involving trying to memtest from PS and PL, with RISC-V or without RISC-V (with JTAG to AXI master), over different interconnect ports PS has to offer. Finally, in an orchestrated debug attempt involving both PL and PS, the following pattern was identified:

The pattern was that PS wrote continuous Hello, world! pattern to DRAM assigned for RISC-V, and RISC-V writing simple memtest incremental patterns word-by-word. Obviously this is a data width problem. After changing the AXI slave data width from 64 to 128, everything worked like a charm. 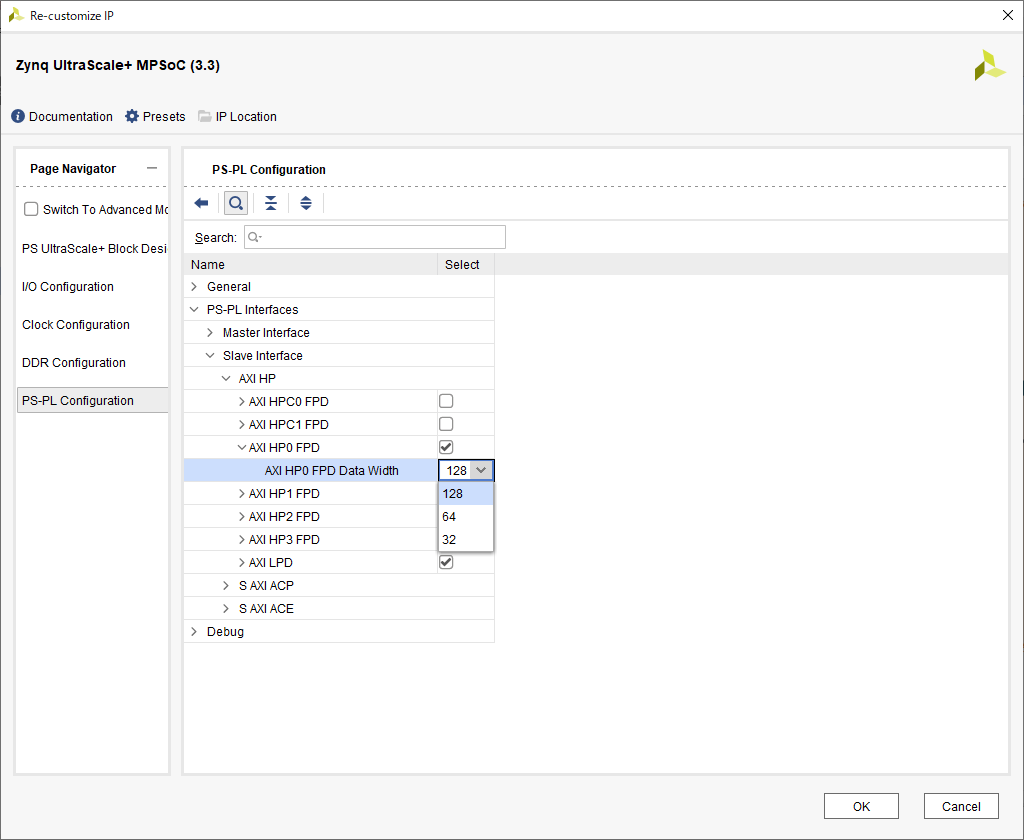 This behavior is counter-intuitive and nowhere to be seen in the Technical Reference Manual. I would appreciate it greatly if someone familiar with the ZynqMP can explain to me why this happened. If you have any clues, please don't hesitate to contact me.